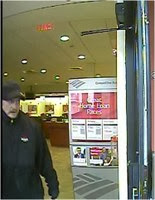 The FBI’s Violent Crimes Task Force is seeking the public’s assistance to identify a serial bank robber, the Brim Beanie Bandit, who is alleged to have robbed four banks and one attempt in the greater Boston area from December 10 to December 23. While a weapon has not been seen during the commission of any of the robberies, the suspect is considered armed and dangerous.
The alleged robber is a white male, believed to be in his late 40s or early 50s, and approximately 5’7” tall and 150 pounds. During the robberies, he has worn a dark sweatshirt or jacket, black pants, black gloves, and dark brown or black boots/shoes with a black and/or gray brim beanie cap. The Brim Beanie Bandit enters the bank, approaches the teller, and either shows or leaves a note asking for money. On all robberies, the bandit fled the bank in an unknown direction; it is unknown at this time if a vehicle is being used for transportation. 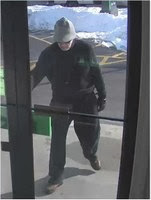 The FBI is offering a monetary reward for information leading directly to the arrest and charging of the robber. Anyone with information regarding the robbery should call the FBI’s Boston Division at (617) 742-5533. 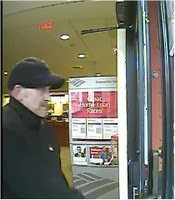 Posted by MBTA Transit Police at 8:50 AM