On January 30, 2020 at approximately 3:18AM Transit Police officers assigned to the Central District received a radio call to respond to the MBTA's Chinatown Station for a report of Malicious Damage to the Fare Vending machines. Upon arrival the officer noted several fare vending machines were severely damaged. A review of public safety camera system displayed a male enter and intentionally utilize a hammer to damage the machines.

Subsequent to an investigation by Transit Police Detectives Anthony Pennant, 28, of Boston has been identified as the person responsible and was placed into custody. Pennant's criminal conduct costs the taxpayers thousands of dollars in repairs and inconveniences those seeking to add value to their Charlie Cards. 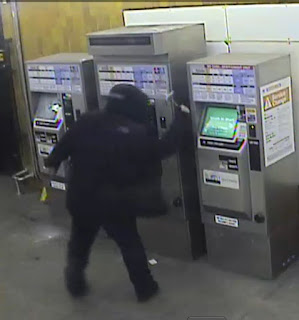