On March 25, 2022 at approximately 9AM Transit Police officers assigned to the North District received a radio call to respond to the MBTA Lynn Bus Garage for a report of an automobile accident. Upon arrival officers observed two 19 year old females quickly walking away from the accident scene and a witness yelling out to the officers they (the 2 teenagers) were responsible for the crash. Subsequently Officers on scene gathered the following information: a 19 year old female from Lynn, MA. was operating a 1998 Toyota Land Cruiser, with one passenger, at a high rate of speed southbound on Western Avenue and attempted to pass another vehicle and lost control careening into the parking lot of the MBTA Lynn Bus Garage violently crashing into 3 parked unoccupied vehicles. The crash caused substantial damage to all vehicles involved. The operator will be summoned into court for the following: Operating to Endanger, Speeding, Minor in Possession of Alcohol (officers located several unopened alcohol nip bottles in the vehicle), Forging/Falsification of a Driver's License (Operator had a license with a false date of birth to make her appear older ). Additionally, officers will attempt to seek an immediate revocation of license as a driving threat based on the incident. 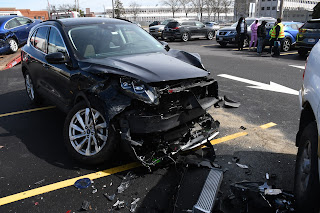 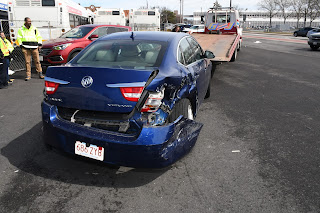 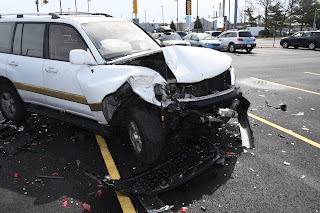 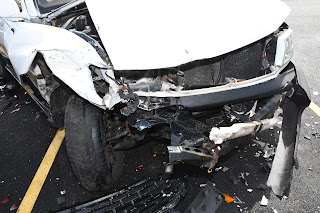 Posted by MBTA Transit Police at 7:52 AM