On March 19, 2022 at approximately 12:45AM a Transit Police officer was at the MBTA's Nubian Sq. station when a bus operator sought his assistance with a male, later identified as Antoine Quarles, 32, of Roxbury. The operator informed the officer all passengers had disembarked but Quarles and he needed assistance in removing him. The officer proceeded to board the bus to check on Quarles' well being and inform him he needed to exit the bus. Initially Quarles appeared to be in a state of sleep. During the officer's encounter he recovered a loaded 25 caliber handgun from Quarles' possession with one round in the chamber and an additional round in the magazine. Quarles was not licensed to possess a firearm in Massachusetts and he was subsequently placed into custody and transported to TPD HQ for the arrest booking process. During this process Quarles' was found to be in possession stolen credit cards. 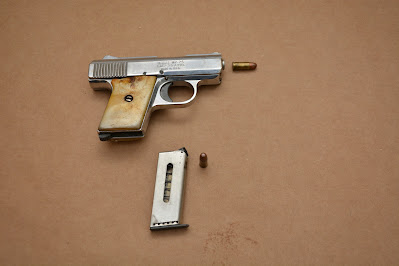 Posted by MBTA Transit Police at 8:13 AM