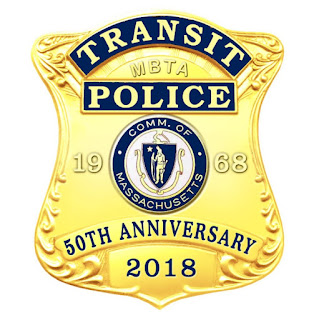 On August 26, 2017 at approximately 12PM Transit Police officers assigned to the Central District were on patrol at the MBTA's Downtown Crossing Station. While there they were alerted to a store employee of CVS located on Summer Street chasing a male, later identified as Joseph Szulewski, 27, of Dorchester who had just stolen items from the store. Officers quickly took up the chase and pursued Szulewski down Chauncy Street where they were able to apprehend him.

Zzulewski was in possession of hundreds of dollars worth of stolen items and was placed into custody and transported to Transit Police HQ for the arrest booking process.

During the booking process it was discovered Szulewski was wanted by way of a Suffolk Superior Court warrant for Armed Robbery-Firearm.

the events listed above are allegations; All defendants are presumed innocent until and unless proven guilty beyond a reasonable doubt
Posted by MBTA Transit Police at 10:16 AM