Lawrence man arrested for possession of a Ghost Gun.

On July 12, 2022 at approximately 12:50PM Transit Police officers assigned to the Central District received a radio call to respond to the MBTA's South Station for an unknown disturbance. Upon arrival at the Bus Terminal's 5th floor parking area officers were met by two victims who relayed the following: 2 employees of a construction company performing work on the garage observed a male, later identified as Jose Lara, 30, of Lawrence trespassing in a restricted area. The victims confronted Lara and informed him he needed to leave. Lara got angry and closed fisted struck the victim in the face and began to flee. The 2nd victim attempted to stop Lara and was also struck in the face. Officers received a description and direction of flight. 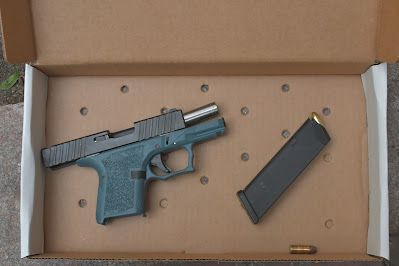 Officers located Lara on Kneeland Street and he was positively identified as the offending male by the victims. Lara was observed discarding a back pack during his flight, the back pack was recovered by TPD officers. Inside officers located a 9mm "Ghost" handgun with a high capacity magazine with several rounds. Lara was placed into custody and transported to TPD HQ for the arrest booking process.