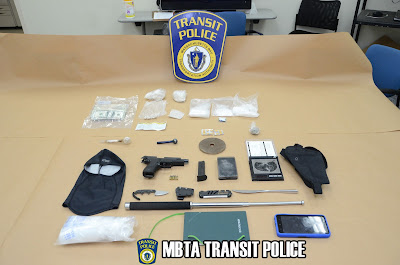 On March 29, 2018 at approximately 2:24AM Transit Police officers assigned to the Central District were traveling through the intersection of Summer and Lincoln Street's in Boston when their attention was drawn to Chevy Malibu, being operated by a Vincent Lambert, 34, of Dorchester. Lambert failed to yield and cut in front of the officers vehicle. The officers initiated a stop of Lambert. As the officers interacted with Lambert they noted he appeared under the influence of some narcotic/s and he moved his hands about the vehicle. Lambert also furnished a false name. Based on Lambert's behavior he was ordered from the vehicle, at this time officers observed a firearm protruding from the driver's side panel. Officers seized a .22 caliber firearm for which Lambert was not licensed. Lambert was placed into custody and transported to TPD HQ.


Inside Lambert's vehicle officers discovered over 300 grams of Methamphetamine and over 100 grams of Fentanyl. During the booking process Lambert's true identity was revealed which showed Lambert had several warrants issued for his arrest from Cambridge District Court for Possession w/Intent to Distribute Class B & E and Dorchester District Court for Possession of Class A & B. 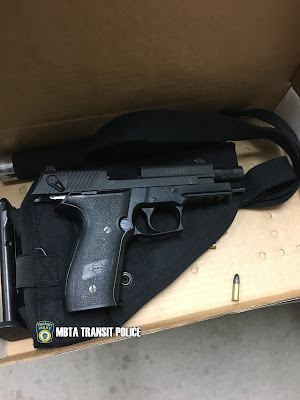 Lambert faces multiple charges related to firearm and drug violations as well as Operating Under the Influence of Drugs.


the events listed above are allegations; All defendants are presumed innocent until and unless proven guilty beyond a reasonable doubt
Posted by MBTA Transit Police at 1:07 PM