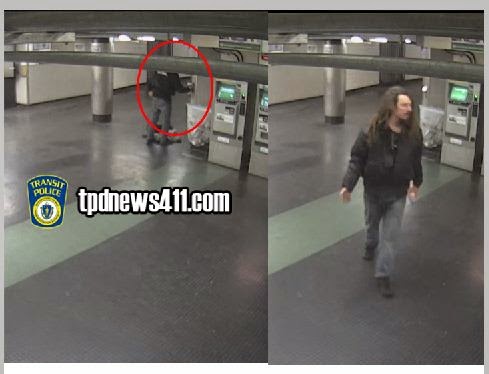 On January 22, 2015 at approximately 11:30pm Transit Police officers working in Area 1 received a radio call to respond to the MBTA's Downtown Crossing station for a report of an activated fire alarm.  Boston Fire Department Ladder 24 along with various MBTA transportation personnel also responded. Upon arrival officers located the male individual, later identified as John Herbaugh, 36, of Sandwich who was responsible for pulling the alarm. Herbaugh explained he pulled the fire alarm because he was looking for someone from the MBTA to speak with.

The events listed above are allegations; All defendants are presumed innocent until and unless proven guilty beyond a reasonable doubt

Posted by MBTA Transit Police at 8:55 AM