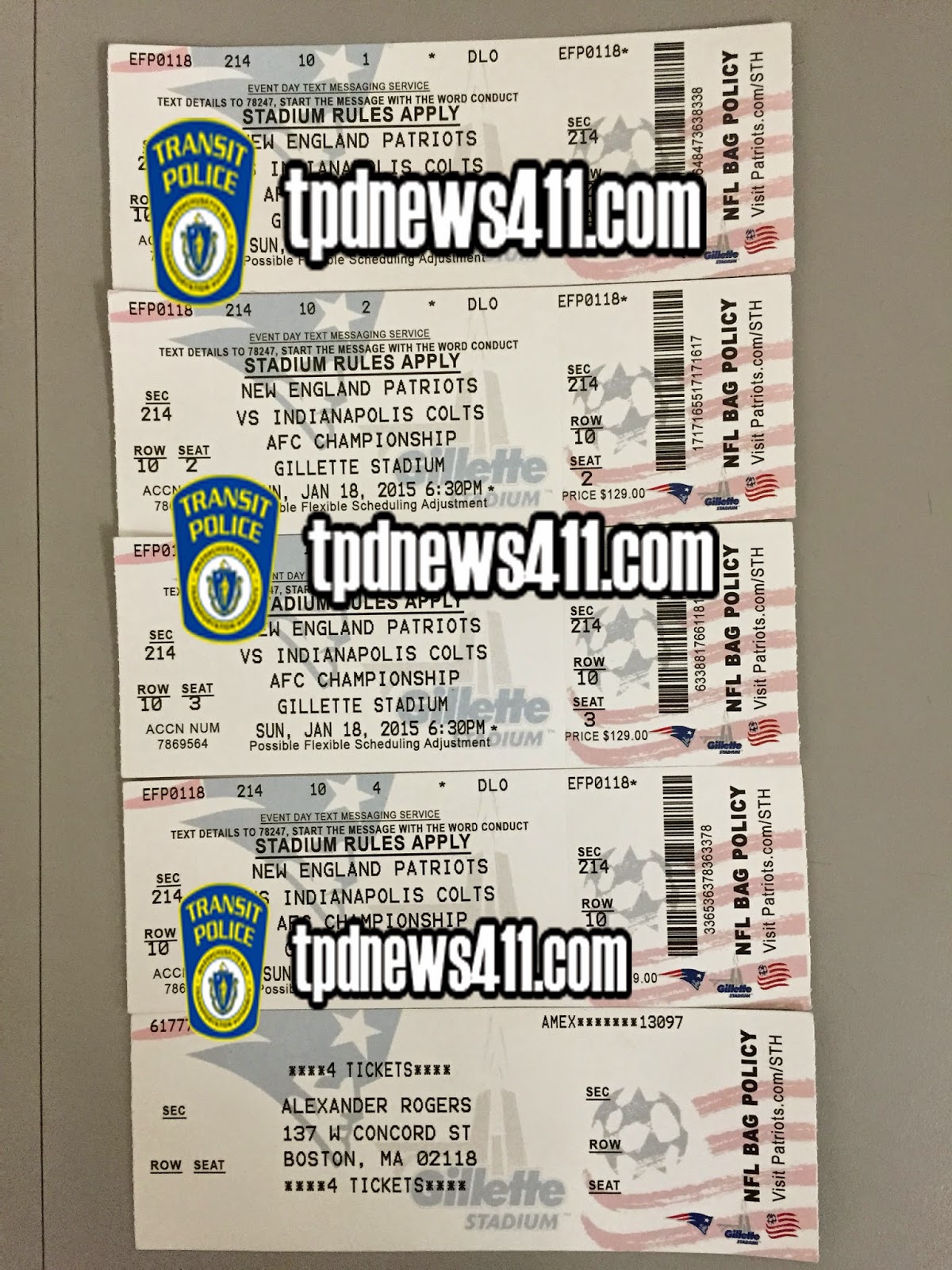 On January 16, 2015 at approximately 2:15pm Transit Police Officer Matt Donovan, assigned to Area 1, was on patrol at the MBTA's South Station Commuter Rail. While there he was approached by a 25 year old male from Massachusetts who informed him of the following. The male answered an ad posted on Craigslist to purchase 4 New England Patriots playoff tickets for Sunday's game for approximately 800.00 dollars. The seller and the male agreed to meet at the MBTA's South Station. While the male was waiting for the seller to arrive he saw a tweet posted on Boston's Fox 25 news twitter account relative to fraudulent playoff tickets. The tickets referenced in the news account were the exact same seats and section of the stadium the male was scheduled to purchase. Armed with the information the male sought out Transit Police Officer Donovan.

Shortly thereafter the seller, later identified as Randy Garcia, 22, of New York City arrived at South Station. Subsequent to Officer Donovan's investigation the tickets were determined to be fraudulent. Garcia was placed into custody and transported to Transit Police HQ for the arrest booking process. It is expected Garcia will be arraigned sometime on Tuesday (01/20/2015) in Boston Municipal Court-Central Division for Larceny Over 250.00 by False Pretense.

The events listed above are allegations; All defendants are presumed innocent until and unless proven guilty beyond a reasonable doubt