On March 30, 2021 at approximately 8:30PM a Transit Police officer assigned to the North District was on a call for service at the MBTA's Harvard Sq station. While the officer was inside the station a male, later identified as HABTAMU MESENE, 18, of Boston was outside the station near the officer's marked Transit Police cruiser yelling anti-police rhetoric. Subsequently Mesene retrieved a metal table from a nearby cafe and smashed out the cruiser's driver side window. When the officer returned to his cruiser and noticed shards of glass strewn about the street as well as inside the cruiser his attention was drawn to Mesene who was still on scene. A citizen informed the officer, Mesene was the individual who knocked the window out and the incident was capture on video. 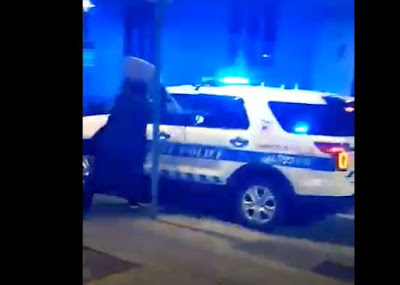 Mesene was placed into custody and transported to TPD-HQ for the arrest booking process. Mesene also threatened harm to the officer and made several anti-police statements.