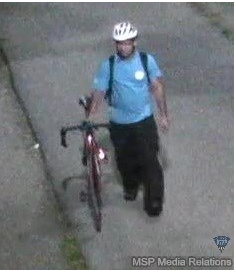 The Massachusetts State Police and the Suffolk County District Attorney’s Office are asking for the public’s help in identifying a man who allegedly indecently assaulted a young woman on the Esplanade early Friday morning.
The accompanying images were pulled from State Police security cameras positioned on the Esplanade. They show the man believed to be the assailant.
Shortly before 12:30 a.m. Friday State Police uniformed troopers and detectives responded to the area of the Harvard Bridge spanning the Charles River at Massachusetts Avenue and spoke with a 22-year-old woman who reported that a man on a bicycle had assaulted her after a brief verbal encounter. The woman ran and sought help from another cyclist who called 911. The woman described the assailant as a Latino male in his mid-20s to early 30s, standing about 5’6” tall with a moustache and short, dark hair. 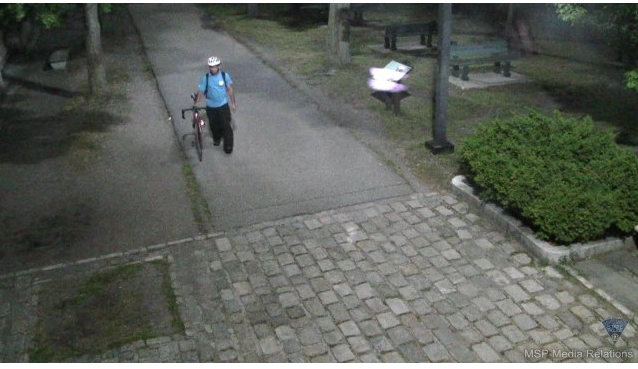 Anyone with information about the man in these images or the incident itself is asked to call the Suffolk County State Police Detective Unit at 617-727-8817.


Based on the description of Friday’s suspect, investigators do not currently believe he is responsible for a series of unsolved sexual assaults in the same area during the summers of 2007 and 2009. 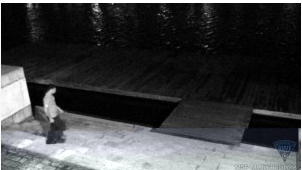