On August 28, 2022 at approximately 7AM Transit Police officers recovered a backpack at the MBTA's Copley Sq. Station. Inside the backpack officers located a 9mm handgun with a high capacity magazine, laser sight affixed and ammunition The alleged owner of the backpack, later identified as Arnoldo Lemus, 20, of  Boston returned to the station frantically looking for his backpack. Lemus attempted to claim the bag from a station official and then TPD officers intervened. Subsequent investigation revealed Lemus in possession of the backpack and boarding a trolley forgetting his backpack on the platform.  Lemus was placed into custody for Unlawful possession of a firearm, Unlawful Possession of a High Capacity feeding device and Unlawful Possession of Ammunition and transported to TPD HQ for the arrest booking process. 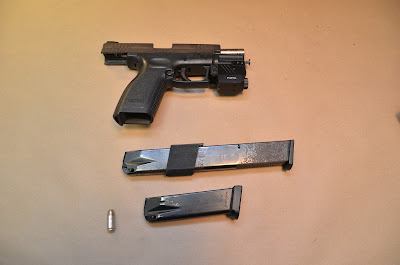