On May 9, 2021 at approximately 11:40AM Transit Police officers assigned to the Central District received a radio call to respond to the MBTA's Downtown Crossing (Orange Line)  station for a report of a male, who had made himself comfortable on the ground by the fare gates and was sleeping. It was also alleged, by the reporting party, when the male rolled over to switch sleeping positions a handgun fell out of his pocket. The male simply placed the handgun back into his pocket. 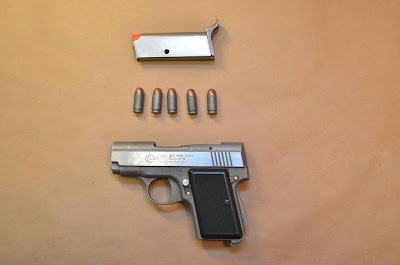 Upon arrival officers engaged the male, later identified as JACK MYETTE, 29, of Lynn. Subsequently officers recovered a loaded firearm, a 9mm with one in the chamber, from Myette's possession.  Myette does not have a License To Carry said firearm. Additionally, officers discovered what they believed to be heroin, repackaged for resale, and other non identified controlled narcotics from Myette's possession. As if that was nor enough Myette also had a warrant in existence for his arrest issued from Boston Municipal Court for Carrying a Dangerous Weapon, Cocaine Trafficking and Heroin Trafficking.

Myette was placed into custody and transported to TPD HQ for the arrest booking process.

Posted by MBTA Transit Police at 9:53 AM