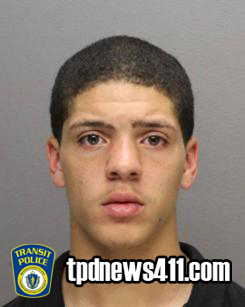 On October 11, 2017 at approximately 3:05PM Transit Police officers were on patrol at the MBTA's Dudley Station when they were alerted to a "shots fired" call in the vicinity of Dudley Station. Shortly thereafter they received a description of the subjects who may have been involved and that the subjects may have fled through Dudley Station.

Celester-Thistle was placed into custody for illegal possession of a firearm and transported to Transit Police HQ for the arrest booking process. 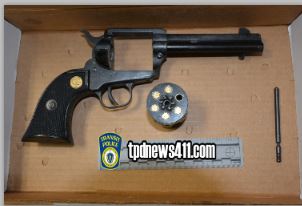 the events listed above are allegations; All defendants are presumed innocent until and unless proven guilty beyond a reasonable doubt
Posted by MBTA Transit Police at 12:24 PM