Medford man Indicted. Statement from the Office of Attorney General 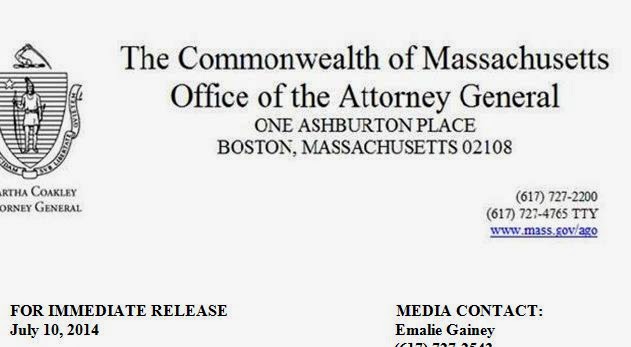 BOSTON – A Medford man has been indicted in connection with an alleged scheme to manufacture and distribute counterfeit Massachusetts Bay Transportation Authority (MBTA) passes, Attorney General Martha Coakley announced today. He allegedly distributed more than 3,000 counterfeit passes, making more than $60,000 in personal profit and depriving the MBTA of revenue in excess of $225,000.


Casey Kolenda, age 27, was indicted today by a Statewide Grand Jury on the charges of Counterfeiting (7 counts). He will be arraigned in Middlesex Superior Court at a later date.


“We allege that this defendant distributed thousands of counterfeit MBTA passes, making profit for his personal gain and defrauding the Commonwealth of hundreds of thousands of dollars,” AG Coakley said.


“The vast majority of MBTA users are honest, fare-paying customers, and they deserve nothing less than our full attention to criminal activity such as this,” said MBTA Transit Police Chief Paul MacMillan. “I want our loyal customers to know that MBTA Transit Police will continue to do all we can to prevent the distribution and use of fraudulent passes.”


Kolenda was arrested on March 31 without incident at his Medford home by Massachusetts State Police assigned to the AG’s Office and MBTA Transit Police Detectives. He was arraigned on April 1 in Somerville District Court and held on $150,000 cash bail.

The investigation began in August 2013, after the MBTA Transit Police discovered the existence of hundreds of unauthorized tickets in use by riders on the MBTA’s subway and bus systems. The AG’s Office and the Massachusetts State Police joined the investigation into the production and distribution of alleged counterfeit tickets in September 2013. Through that investigation, authorities identified multiple monthly LinkPasses that were purchased legitimately and subsequently used to create hundreds of counterfeit tickets used by riders.

Authorities allege that Kolenda orchestrated a scheme to fraudulently create counterfeit $70 monthly MBTA subway and bus passes, known as “LinkPasses,” between October 2013 and March 2014. The investigation revealed that the electronic data stored on the LinkPass magnetic stripe was copied using a magnetic stripe reader, also known as a “skimmer.” The electronic data was downloaded onto the magnetic stripes of hundreds of MBTA stored-value cards that Kolenda purchased for as little as five cents at ticket kiosks.

Kolenda then allegedly disguised the counterfeit passes by applying contact paper that bore the production history of the original LinkPass, as well as the MBTA’s trademarked “T” logo. Similar in appearance and now encoded with the electronic data copied from the LinkPass, the counterfeit cards could be used at any MBTA fare gate in the same manner as the original pass.

The MBTA estimates that Kolenda is responsible for over 3,000 counterfeit MBTA passes in circulation from October 2013 through March 2014. The joint investigation revealed that these counterfeit passes bearing the electronic data of the original were distributed and used on a monthly basis by MBTA riders, sometimes more than 15,000 times in one month. Investigators estimate that the lost revenue attributable to the counterfeit tickets manufactured and distributed by Kolenda is in excess of $225,000.

The investigation is ongoing. These charges are allegations and the defendant is presumed innocent until proven guilty.