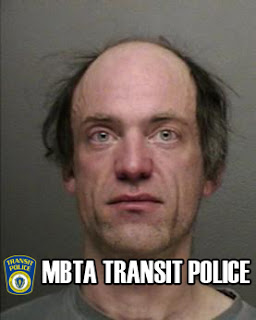 On March 7, 2017 at approximately 3:30PM a Transit Police officer assigned to the Central District received a radio call to respond to the MBTA's Haymarket Station to meet a victim of an Open and Gross incident. Upon arrival the officer met with a female victim who relayed the following: the victim was travelling in a northbound Orange Line car when a male entered at DTC and sat across from her. Shortly thereafter the male removed his genitals from his pants and performed a lewd act in full view of all passengers.

Subsequent to an investigation conducted by Transit Police detectives, Kevin Churnetski, 39, of Boston was arrested for Open & Gross Lewdness on March 23, 2017. Churnetski was arraigned in Boston Municipal Court-Central Division.