The Transit Police Department has suffered a tremendous loss. Our beloved Department Chaplain, Father Michael F. McClellan "Father Mike" was called home on Sunday, April 26, 2015.  Father Mike was 64 years old. We here at tpdnews were trying to come up with the proper words to capture the profound impact Father Mike had on all of us. As we were struggling with this task we received a Department wide email from Transit Police Sergeant Michael Morris. With permission from Sgt. M.Morris we share his thoughts on Father Mike : 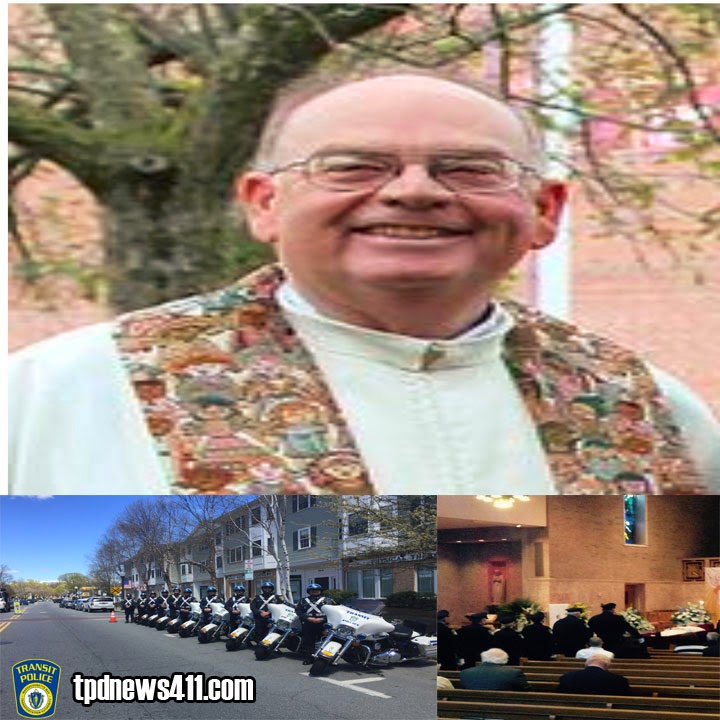 Police Chiefs have come and gone over the years but there has been one person who has remained steadfast with this department and has always  answered the call to duty as our “spiritual warrior”, and that has been Father Mike.  Father Mike represented and carried himself as a man of great faith, something I think every Police Officer should strive for. He did not preach religion,  his strength was to embrace the human condition that we all face as working Police Officers and he gave us the strength to accept the highs and lows that come with it.  He taught us that it was sometimes healthy to laugh at the joys and absurdities of this profession we have chosen.


One of his most endearing qualities was that he worked in some of the most challenging parishes throughout Boston.  He spoke Spanish to better understand and communicate with those he served. In fact, I think he enjoyed talking about his days at Blessed Sacrament in Jamaica Plain more than any other. For many families immigrating to the United States Father Mike was the first to offer them compassion and hope, for that, they were blessed a man like Father Mike was there for them.

Many Religions, Islam, Christianity and Judaism, among the many, recognize an Archangel. This Archangel happens to be the patron Saint of Police, it is of course, Saint Michael.  Saint Michael the Archangel’s primary role is, “ the protector and leader of the army of God against evil”. Our Father Mike was our shepherd to the Archangel, he has watched over us with caring and compassion and it is now our duty to gather together and celebrate his life and pray for him as he ascends to  his next journey.


MM
Father Michael F. McCellan will be laid to rest today. We love and miss you Father Mike. RIP.
tpdnews.

Posted by MBTA Transit Police at 7:57 AM