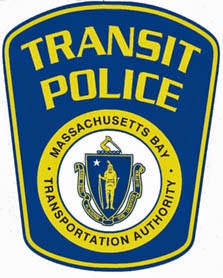 On May 5, 2015 at approximately 12:40pm Transit Police officers working in Area 1 received a radio call to respond Back Bay station for a report of a robbery. Upon arrival officers were met by the victim , a 24 year old Boston resident, who informed the officers he boarded an inbound Orange Line train at Roxbury Crossing and noticed 4 juvenile males seated across from him. At one point one of the juveniles asked to listen to his headphones, the victim declined. The victim exited his train at Back Bay station, as he was walking on the platform and utilizing his Apple iPhone 5S suddenly one of the juveniles, who were seated across from him, forcefully ripped the phone from his hand and fled along with the 3 other juveniles.

As a result of a co-ordinated effort by Transit Police officers on scene as well as officers reviewing surveillance footage 3 juvenile males were apprehended a short time later near Downtown Crossing MBTA station. One of the juveniles was in possession of the victim's phone and all were positively identified by the victim. The juvenile males, ages 15, 15 and 16, residents of Boston, were placed into custody for Unarmed Robbery and transported to Transit Police HQ for the arrest booking process. They will be arraigned in Boston Juvenile Court.


The events listed above are allegations; All defendants are presumed innocent until and unless proven guilty beyond a reasonable doubt
Posted by MBTA Transit Police at 11:00 AM