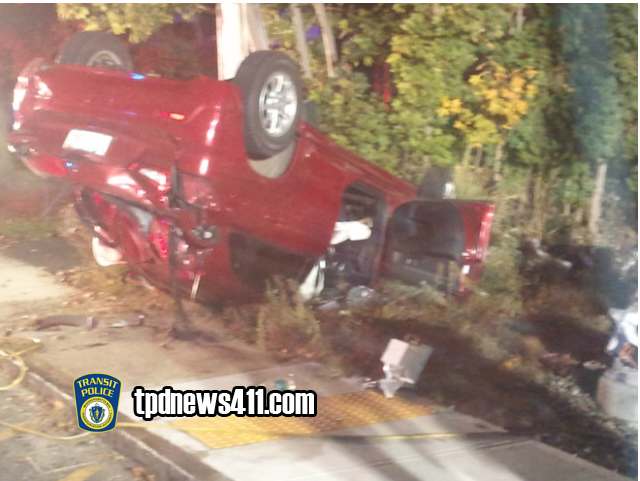 On September 29, 2014 at approximately 7:45pm Transit Police officers working in Area2 received a radio call to respond to Acton for a vehicle possibly struck by a commuter rail train. Multiple Transit Police units responded along with Acton Police and Fire. Transit Police personnel on scene report the following preliminary information : in the vicinity of 555 Massachusetts Avenue and Elm Street/Route 110 in Acton, MA., a 2011 Mitsubishi Outlander being operated by a 63 year old female from Stow was traveling westbound when her vehicle was struck by an MBTA Commuter Rail Inbound (Fitchburg Line) train. The operator suffered NON life threatening injuries and was transported to a local area hospital. The vehicle sustained substantial damage. No other injuries were reported. There were approximately 25 passengers on board at the time of the incident.

Preliminary investigation suggest the grade crossing gates were functioning properly and engaged prior to the vehicle entering.

media inquiries should be directed to rsullivan@mbta.com