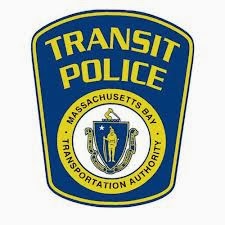 On November 15, 2013 at approximately 9:37 pm Transit Police officers from Area 2 received a radio call to respond to MBTA Beverly Depot Commuter Rail station for a person possibly struck by a train. Multiple Transit Police units responded along with Beverly Police, Fire and EMS. Transit Police personnel on scene reported the following preliminary information: a 51 year old male resident of Beverly while trespassing on the inbound track was struck by a MBTA Commuter Rail train and sustained a NON-life threatening injury to his head and other minor lacerations about the body. The male was transported to a local area hospital for treatment. Service was temporally disrupted.

media inquiries should be directed to tpdnews@mbta.com
tpdnews.
Posted by MBTA Transit Police at 3:09 AM