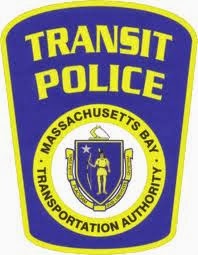 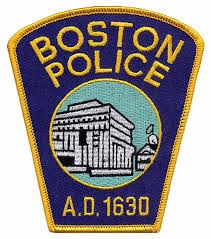 The Boston Police Department is alerting the community following several incidents of Cell Phone Robberies in Dorchester. The incidents are as follows:

#1. At about 1:16am, Saturday, November 2, 2013, officers from District C-11 (Dorchester) responded to a radio call for an armed robbery in the area of Sawyer Avenue. On arrival officers spoke with the victim who stated while walking in the area, she was approached by the suspect. The victim reported to officers the suspect brandished a pair of scissors and demanded her property; she complied. The suspect took the victim’s iPhone 5.

#2. At about 4:23pm, on Monday, November 4, 2013, officers from District C-11 (Dorchester) responded to a radio call for an armed robbery in the area of 750 Washington Street. On arrival, officers spoke with victim who stated an unknown male brandished a knife and took his Apple iPod Touch.

#3. At about 8:04pm, on Wednesday, November 6, 2013, officers from District C-11 (Dorchester) responded to a radio call for an armed robbery in progress in the area Rowena Street and Ashmont Street, Dorchester. On arrival, officers spoke with the victim, who stated he was looking at his iPhone as he exited the rear of Ashmont MBTA station. The victim stated he was approached by two males and one brandished a knife and demanded the victim’s money and cell phone. The victim complied and gave the suspects his property.

#4.At about 12:06am, on Sunday, November 17, 2013, officers from District C-11 (Dorchester) responded to a radio call for an unarmed robbery in the area of Sudan St, Dorchester. On arrival, officers spoke with the victim who stated that while walking from the JFK MBTA train station on Sydney Street she was approached from behind by two suspects. The victim stated she felt something hard on the back of her head and the males demanded the victims money and cell phone. The victim complied with the suspects demands.

In the unfortunate event you are a victim DO NOT resist, things can be replaced. Try to stay calm, hand over your device and attempt to observe the physical characteristics of the perpetrator so you can describe him/her later. Contact the Transit Police as soon as possible (immediately if practicable) after the event and report the incident. Our detectives will work diligently to get your property back and apprehend the offender. Also, if you have not done so already please passcode protect your iPhone, enable Find My iPhone and lastly download a Remote Data Wipe for iPhone. For more information or tips to protect yourself call the Transit Police Special Crimes Unit at 617-222-1170.

We have attached a short video produced and published by the New York City Police Department titled "Electronic Device Safety Tips". It is only 31 seconds in length but worth the watch.

Please contact the Transit Police with any information of criminal activity that has or is occurring on the MBTA. You can do so completely anonymously via SeeSay apps for iPhone and Android users or simply text 873873.
Posted by MBTA Transit Police at 9:23 AM