Somerville man arrested for OUI-Liquor after crashing his truck through MBTA busway.

On January 6, 2022 at approximately 11:40AM a Jesse Santasuosso, 27, of Somerville operating a 2004 Dodge pick up truck illegally entered through an Excluded Way at the MBTA's Wellington Station busway at a very high rate of speed. Santasuosso lost control of the pick truck and went up and over the pedestrian sidewalk ultimately crashing into the handicap ramp. Miraculously no one was struck or injured. Transit Police officers assigned to the North District immediately responded and made the observations Santasuosso displayed signs and exhibited behavior consistent with alcohol intoxication. Based on the officers observations and suspicions Santasuosso was offered to partake in a series of Field Sobriety Tests. Santasuosso failed said tests and was placed into custody for OUI-Liquor and transported to TPD HQ for the arrest booking process. The vehicle was extricated by utilizing two different types of tow trucks. 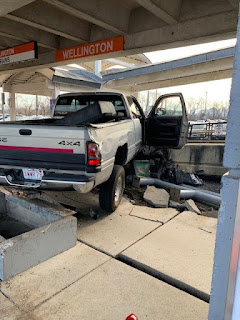 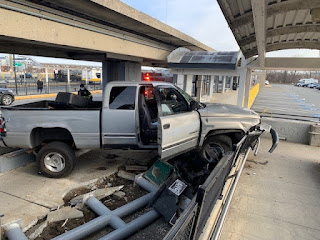 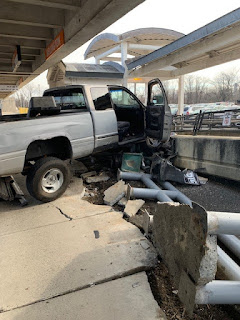