On November 16, 2020 at approximately 7PM a Transit Police officer was on patrol at the MBTA's Harvard Sq. station. While there the officer observed a male, later identified as Anthony Brown, 29, of Dorchester fare evade by pushing through the gate. The officer approached and Brown walked away in a hurried pace from the officer. Brown was also observed handling an object from his waistband. At this time a good citizen informed the officer he observed Brown drop a firearm at the top of the stairs. The officer immediately went in that direction and Brown fled. The officer pursued Brown and believed Brown discarded an item inside the Harvard University campus in a pile of leaves.

Brown was ultimately stopped and a .357 calibre handgun was located in the area the officer observed Brown discard an item. Brown was placed into custody for Illegal Possession of a Firearm and other firearm related offences and transported to TPD HQ for the arrest booking process. 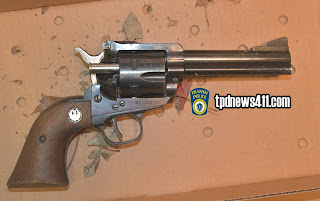 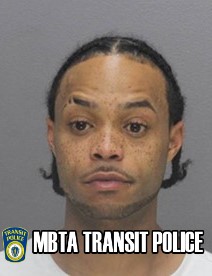 Posted by MBTA Transit Police at 11:56 AM