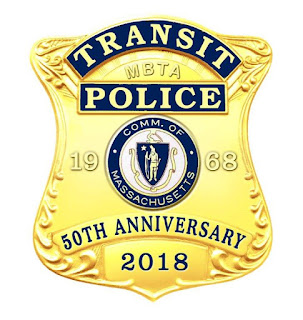 On September 29, 2017 at approximately 7:25PM Transit Police officers assigned to the North District received a radio call to respond to Lowell for a person possibly struck by an MBTA Commuter Rail train. Several TPD units responded along with Lowell Fire and EMS. TPD personnel on scene report the following preliminary information: a male while trespassing on the right of way in the vicinity of  Howard and Maple Street was struck by an outbound MBTA Commuter Rail train on the Lowell Line

The male, approx. age of 62, has been transported to a local area hospital with life threatening injuries.

Transit Police Detectives along with the Middlesex
County DA's Office are investigating the facts and circumstances surrounding the incident. Foul play is NOT suspected.

media inquiries should be directed to Superintendent Richard Sullivan at rsullivan@mbta.com
Posted by MBTA Transit Police at 8:31 PM