Occasionally we hear concerns from our riders regarding a fellow passenger's rudeness or in some cases the fundamental lack of civility displayed towards one another while riding the MBTA. Although we believe individuals who behave in such a manner while utilizing the T is an extremely small percentage, this next story may restore your faith in the MBTA rider sitting next to or across from you.

On December 14th, 2012 at approximately 5:45pm a Transit Police Sergeant while on patrol at South Station was approached by a gentleman who handed the sergeant an envelope stuffed with cash ! The gentleman went on to explain he was on an inbound Red Line train and as the train was pulling out of JFK/UMASS station he observed a plain white envelope positioned on a seat.  At first the gentleman believed it to be trash and went to move it so he could sit down. In doing so he noticed a five dollar bill protruding from the envelope. He then looked inside, the envelope was filled with cash. Unfortunately there was nothing to identify who the money belonged to. The gentleman asked all passengers within proximity if the envelope was theirs, NOT one MBTA patron attempted to falsely claim the money as theirs. The gentleman got off at South Station and immediately sought out police and handed over the envelope. The envelope contained 584.00 dollars. As Holiday fate would have it a very seasoned Transit Police Detective supervisor was also at South Station that early evening on an unrelated matter. The sergeant relayed what had transpired to the detective and............ 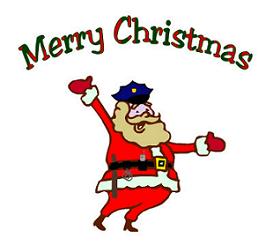 On December 18th, 2012 the rightful owner, a house keeper at a local hotel and a resident of Dorchester, came to Transit Police HQ identified certain distinct aspects of the envelope the US Currency was in when lost and she was reunited with her hard earned money.

To the gentleman who turned over the money, we salute you ! Great Holiday spirit, lets keep it going year round and look out for one another while riding the MBTA.

Happy Holidays to all of you, our MBTA community !

tpdnews.
Posted by MBTA Transit Police at 7:38 AM