On April 4, 2022 at approximately 9:45PM a Transit Police officer assigned to the North District was at the MBTA's Wellington Station when they observed a motor vehicle driving the wrong way in the bus way into the officer's path of travel. The officer activated his emergency lights to get the operator's attention and stop the vehicle from proceeding any forward. The officer approached the vehicle and requested the operator,later identified as Tahjy Aurelien, 18, of Everett, produce a driver's license,  Aurelien stated he did not have a license and did not know who the owner of the car was. There were two other passengers inside the vehicle later identified as Dashawn Teleau, 18 and  Zejarius Walle both of Malden. Based on the behavior of the occupants the officer requested additional officers respond and subsequently officers located a loaded 40 caliber firearm inside the vehicle which all occupants had access to. All occupants were placed into custody for various firearm violations. Teleau was additionally charged with operating a motor vehicle w/out a license. All three were transported to TPD HQ for the arrest booking process. 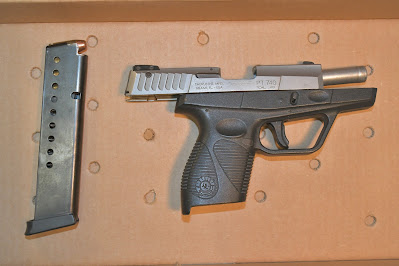 media inquiries should be directed to Superintendent Richard Sullivan at rsullivan@mbta.com  the events listed above are allegations; All defendants are presumed innocent until and unless proven guilty beyond a reasonable doubt
Posted by MBTA Transit Police at 4:04 PM