On January 19, 2021 at approximately 9PM Transit Police officers assigned to the Central District were on patrol at the MBTA's Back Bay station. While there they were approached by a female victim who reported a male, later identified as Tyler Logan, 28, of Leicester was staring at her and committing a lewd act. This was alleged to have occurred at the fare gates to the Orange Line. Officers located Logan still within the station and based on a positive ID and other corroborating evidence Logan was placed into custody for Lewd and Lascivious Conduct and transported to TPD HQ for the arrest booking process. During the booking process it was discovered Logan had warrants in existence for his arrest issued out of Boston Municipal Court for Domestic Assault and Battery, False Fire Alarm and Trespassing 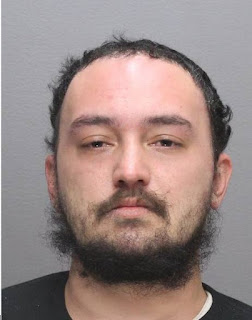 . media inquiries should be directed to Superintendent Richard Sullivan at rsullivan@mbta.com  the events listed above are allegations; All defendants are presumed innocent until and unless proven guilty beyond a reasonable doubt
Posted by MBTA Transit Police at 10:32 AM