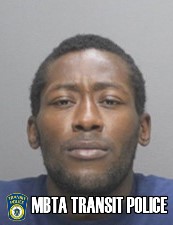 Officers approached Pickering who spontaneously uttered incriminating statements and derogatory comments towards the female witnesses. Pickering was placed into custody and transported to TPD HQ for the arrest booking process.

Posted by MBTA Transit Police at 10:45 AM