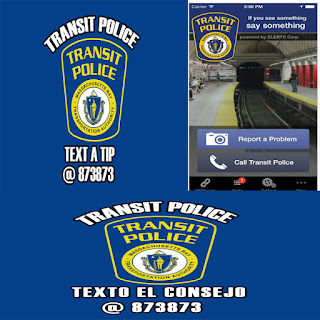 On December 19th, 2016 at approximately 4:30PM a Transit Police officer assigned to the Central District was on patrol at the MBTA's Back Bay station when his attention was drawn to a commotion near the fare gates. The officer proceeded in that direction and came upon a 21 year old female who was the victim of an assault. The victim was distraught and appeared to have sustained a facial injury. The female victim informed the officer of the following : while exiting an orange line train a male, later identified as a 53 year old resident of Boston, violently pushed her out of the way so he could exit the train. The victim requested an apology which was not offered. The victim in turn removed the male's eye glasses from his face and demand he apologize for his actions. As a response the male, with a closed fist, struck the female in the face. (An independent witness confirmed this account)

The female victim was transported by Boston EMS for treatment and evaluation to a local area hospital. The male will be summoned to Boston Municipal Court-Central Division for Assault & Battery.

the events listed above are allegations; All defendants are presumed innocent until and unless proven guilty beyond a reasonable doubt
tpdnews
Posted by MBTA Transit Police at 10:32 AM