Please help us ID this male. 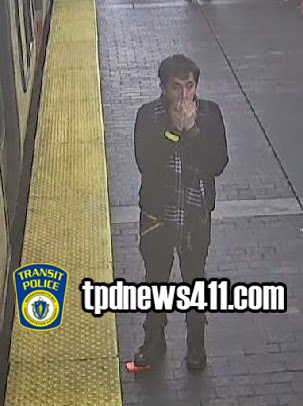 On November 6, 2014 at approximately 9:48pm Transit Police officers working in Area 1 responded to MBTA Downtown Crossing for a report of a person struck by a train. (see posting here). 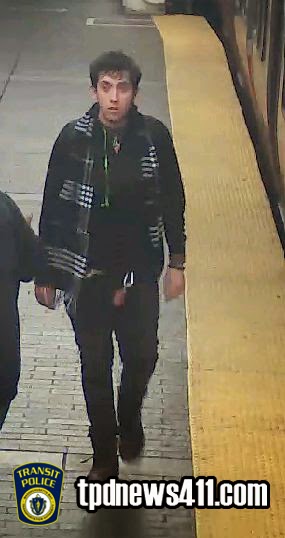 Transit Police detectives during their investigation of the aforementioned incident discovered the decedent's cellular telephone became dislodged upon impact and landed on the platform. At this time the male depicted within, who we believed observed the incident, walked over to the phone and placed his foot on top of the phone. The male keeps his foot on top of the phone as he scans the area apparently to see if anyone is watching him. The male then reaches down and takes possession of the decedent's phone places it into his pocket and casually walks away. 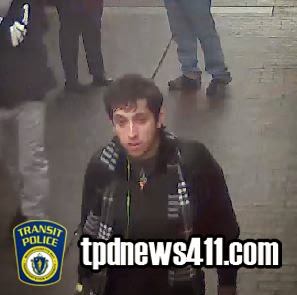 If you know the male subject depicted within or have any information on his whereabouts please contact the Criminal Investigations Unit at 617-222-1050. If you have information but wish to remain anonymous simply text us your tip to 873873.


media inquiries should be directed to rsullivan@mbta.com

tpdnews.
The events listed above are allegations; All defendants are presumed innocent until and unless proven guilty beyond a reasonable doubt