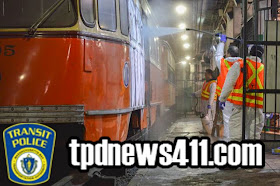 In the early morning hours of January 14, 2014 at MBTA Boylston Street station two vintage trolleys that were on display for the public to enjoy were vandalized.  The trolley that sustained the most damage was built in the 1950's by the Pullman-Standard Company based out of Lowell, Ma. 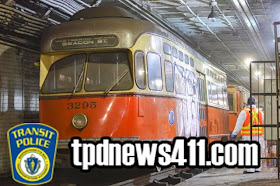 Transit Police announce today; Subsequent to an investigation an arrest warrant has been issued for Daniel Nelligan, 25, last known address in Allston for (Felony)Vandalism and Trespassing relative to the incident on 01/14/2014. The warrant was issued out of the Boston Municipal Court-Central Division after Nelligan failed to appear for his arraignment.  Lieutenant Detective Richard Sullivan of the Transit Police Special Crimes Unit stated, " The identification of Nelligan was the culmination of a joint investigation with our partners of the Boston Police and Boston University Police Department. Particularly, Detective William Kelley (BPD) and Officer Nancy O'Loughlin (BUPD), their vast knowledge and experience in graffiti investigations proved indispensable. In addition to the incident at Boylston station our investigation has led us to seek 3 separate criminal complaints against Nelligan for Vandalism. We have applied for and were granted 3 additional arrest warrants from Brighton District Court. In these instances we believe Nelligan vandalized locations in Allston". Lieutenant Sullivan also added " we are committed to identifying and in conjunction with the various District Attorneys prosecuting graffiti vandals who damage and/or deface MBTA property ". 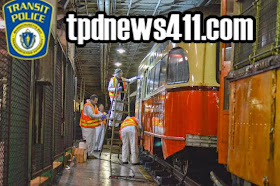 If you know the whereabouts of Daniel Nelligan please contact our Special Crimes Unit at 617-222-1170. If you would like to assist our investigators but wish to remain anonymous you can simply text us your tip to 873873. 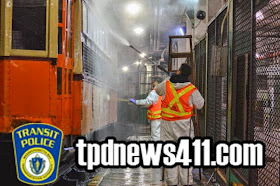 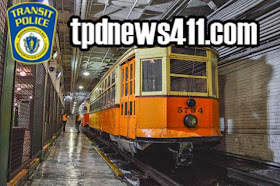